Required context. If i remember correctly, that shot of Sean’s was taken with my 40mm Distagon on one of our “lens swaps”. It’s all connected… eventually.

A view into one the several cones in Jean Nouvel’s Galeries Lafayette in Berlin. One of the places that i need to spend more time exploring. If i understand correctly, there are other glass cones that drop down into the underground parking… surely that has to look cool!

This is the seventh! It was actually easier than i thought… perhaps i’ll post a few more. Have found that the easiest way to get this done is spend an evening or a Sunday morning looking through shots, selecting what might work, and then posting them all as a bunch, but scheduled to go live one a day.

A few weeks ago… or was it months… not sure, i noticed the strange pink water pipe flowing into the river. Every time i’d go by on the train i’d tell myself that i’d go back and investigate. The river froze and unfroze, the snow fell and melted… but i never got round to investigating the pipe.

Then last week a contact on Flickr posted that, linked to an explanation in his blog. Which meant the end of procrastination, and a walk in the sleet / snow to ‘follow the pink pipe’.

In the last picture you can see the pipe in the middle of the shot, at the far end of the foundation pit. From there it runs several hundred meters to the river (the Alster, a tributary of the Elbe).

After giving Robert some (good natured) grief about thinking that Berlin was the only place with pink pipe, i noticed that the Hamburg pipe is supplied by the same company – Pollems Gmbh… in Berlin.

The mystery is solved!

A while back i bought a Fujifilm Natura Black ƒ1.9 off Yahoo! Auction!, and then forgot about it until we were in Japan last month. They are supposed to be hard to find, but maybe that’s an issue with not many getting outside japan, or not so many getting produced. My idea was that it would be a good small camera that i can take everywhere, and it’s fast enough to use out and about at night.

Let’s not talk about me not having taken anything since getting back… ok?

This afternoon i took apart the scanner and removed the single fiber on the underside of the glass that has been bugging me for months, and did some scanning. The backlog had got a little out of hand… there was (and still is…) stuff from Berlin, and stuff from Japan. There is also stuff to be developed. Oops.

One of the shots from Berlin Hauptbahnhof i’m very happy with. Has all the layers and complexity that floats my boat. The only issue i have with it is the size of my head… but that’s nothing new.

But, back to the Natura Black. It has a feature of printing the date on the shots… and a manual in Japanese. Consequently the first couple of films are going to be a little… derp.

The other amusing consequence of not reading the manual was that i didn’t know how to override the film speed, which is automatically picked up from the DX encoding on the canister. This resulted in me sitting in a bar in Shinjuku looking at wikipedia on someones iPhone and scratching paint off film with some keys. Surprisingly it actually worked! And, while i have subsequently worked out how to disable the timestamping, overriding the film speed is still a mystery.

Update: an update from Tom. Apparently the way to override the film speed is via exposure compensation. Thought i’d tried that and it wasn’t making it past turning the camera off / on. The other option is buying some stickers – which i’d assumed existed, but was having a hard time finding. The ‘paint removal with a key’ method turns out to be only removing one square of the matrix for my most common push (ASA 400 –> 1600) 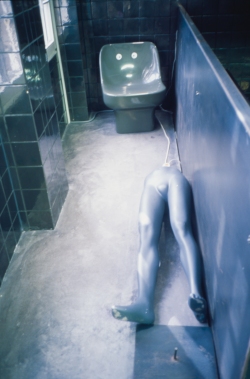 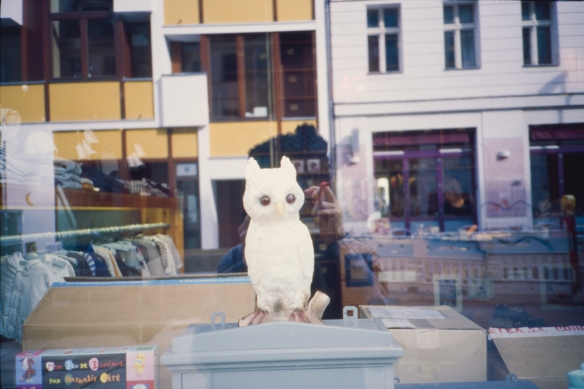 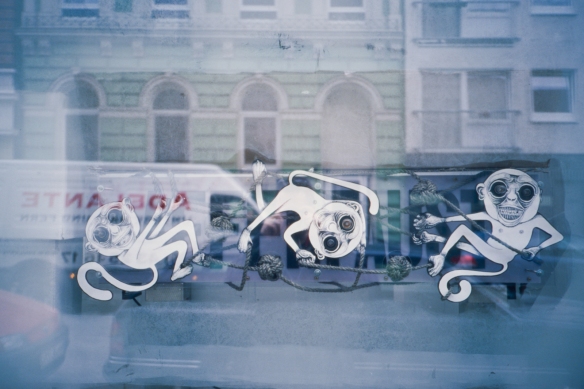 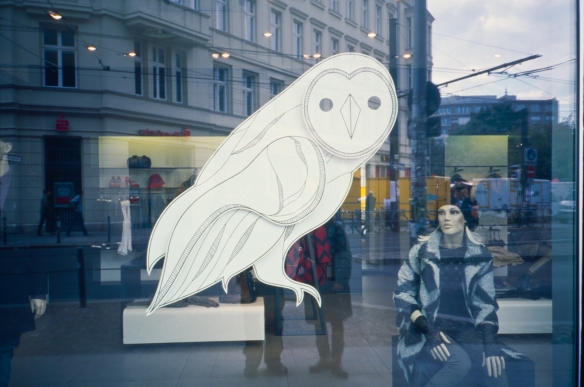