Peter ‘Sleazy’ Christopherson is currently laid to rest in a temple in Bangkok. As Matt was close by i asked (er, demanded / hassled?) him to drop by, look solemn, and murmur something appropriate. Lots of colourful flowers, sadly a lack of goats.

Quite enough, by the way of eulogy, has been written in the press, but it really is amazing to hear the depth, scale, and scope of his creative endeavours.

May you rest in peaces.

One of the nice things about going through ten years of accumulated junk is that you get to go all gooey about the stuff that seemed long forgotten.

I’m not sure when it started. Probably in my early teens. Friends with older brothers were into this label called 4AD. There were bands like Bauhaus, Xmal Deutschland, Cocteau Twins, Dead Can Dance, Rema-Rema, This Mortal Coil, and, of course, The Birthday Party.

The Birthday Party were special. Unlike ever other band that ever released anything, each record that they put out became increasingly aggressive, increasingly fucked up, increasingly destructive. The eponymous album might have been wild, but it was nothing compared to Prayers on Fire, which in turn paled in comparison to Drunk on the Popes Blood, which in turned shivered in the shadow of the masterpiece, Junkyard.

All of this was, of course, a heroin induced, alcohol fuelled, speed enhanced nightmare that tore individuals apart… claiming early victims, sacrificed on the altar of post-punk. This doesn’t, didn’t, and shouldn’t, mean a jot to the teenage soul – life is to lived. Consequences are to be paid. To the winners go the prize. And the prize is more of the same.

Here we are, 20 odd years later, and the winners are starting to pay the price.

Goodnight Rowland. As you already noted, when the lighting was right you were the man with most.

Was just looking at Doug Short’s site, seeking a little perspective… but got distracted by these:

That four part polyphony is wonderful. Some sort of crazy helter skelter descent! 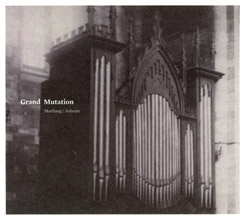 A charmingly disturbing listen. Discordant and mournful, chirping with half heard calls. It recalls a mad organist engaged in battle with insistant, possessed, fog horns.

There, if that does send you shopping, i don’t know what will!

The Touch website is so inspiring. Providing hope that every crazy in(s)ane photographic idea that i try, might actually turn out to be the perfect art work for some spastic music i’ve yet to encounter!

chris_carter_ Messing with the the new Gristleizers by mashing up Buddha Machines, in stereo. Vid to follow…

And true to his word:

[How do i embed an Object into a wordpress page? Saving appeared to eat it…]

It'll All End In Tears
Blog at WordPress.com.