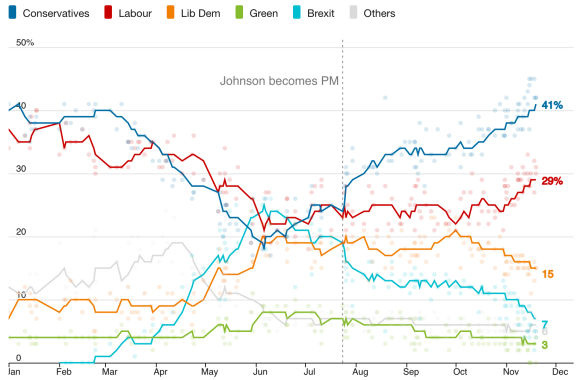 With all the usual caveats that the polls haven’t felt accurate for a while, etc.

It’s hard to fathom anyone living through the last 9 years of nastiness / incompetence, and thinking, “you know what we need is more of this style of Conservatism!” Who are these people? What kind of life do you have to be living to think Boris “liar with a bus” Johnson is a good idea?

(Yes, “liar with a bus” is very weak… but filling that set of quotes could literally keep me here typing all day!)

After my mandatory multi-month waiting period for conspicuous consumption, i finally bought a pair of Sony WH-1000XM3 noise cancelling headphones. The only others considered were Sennheiser MOMENTUM Wireless (why are we shouting Sennheiser?) which definitely look cooler, and were moderately more comfortable during the short time that i tried them. They were also twice the price… which felt like a lot given that they had half the battery life, and didn’t feel to do as good a job at noise cancellation.

Noise cancellation was my primary reason for wanting new headphones. There are definitely times when there is stuff going on around the house / in the neighbourhood that annoys / distracts me when trying to concentrate on work.

Having used them for a few weeks they certainly do make the space around your head quiet… very quiet… almost too quiet! Unless you’re listening to music the silence can be a little overwhelming – to the point that you become aware of your heart beat! Initially this is unnerving, but now feels more manageable – if not entirely natural.

It’s a similar story wearing them out of the house. The noise cancellation is so strong that you feel isolated and cut off. Again, it gets better as you get used to the change. And, listening to Richter staring out of a train window is definitely a quality of life improvement!

The one kind of noise that isn’t completely cut out in higher pitched human speech… it’d be interesting to try them in japan and see if i still left wanting to murder on days when there was a chance of forgetting their fucking umbrella… <cough> for example.

My collection of desktop background images, one per each virtual screen. I’m now at the point where reasons for a new virtual are imagined when a new image catches my eye… 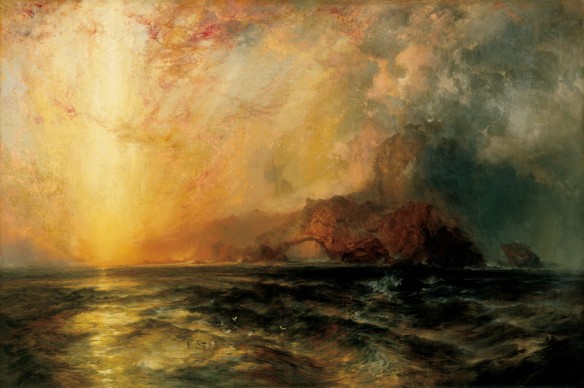