My Specialist Subject is ‘ways to proved wrong by US politics’.

This caught my eye:

In some ways, group chat feels like a return to the halcyon era of AOL Instant Messenger, once the most widespread method of messing around with your friends on the internet.

It’s probably not a good look to admit that you’ve been experimenting on your friends, but for the last couple of years i’ve been badgering people into using Signal, and creating group chats for circles of friends / acquaintances. Periodically i’ll create a temporary group to help plan a specific event or to aide collaboration on a task.

In the time that i’ve been doing this nobody in my circle has ever invited me to join a group they have created. It’s possible that they all hate me, or at the very least resent me setting the venue. More likely (i hope) it is still simpler to do everything publicly on a platform like Twitter / Facebook / Instagram.

I found that there were things that it would be better to communicate to a specific subset of my “followers” (such a creepy term!) on Twitter, but most seem quite comfortable with the broadcast model. Now i’m a little more isolated online, but less overwhelmed by interruptions.

Oh, and sorry about the experiments. Friends don’t experiment on friends… or do they?

There have been a couple of times where it would be have been useful to be able to fake the origin of my internet traffic. Services that geo-block, differentiated regional pricing, etc.

To some extent this can be done with Tor, requesting new circuits until you get an exit node in the locale you need. However, many exit nodes get blacklisted, or made difficult to use by the “saints” (hello Cloudflare!) running some of the largest virtual hosting environments.

Time for a VPN?

The thing about VPNs is that, unless you are very careful, they provide only an incremental improvement in privacy. Still, if the goal is to be able to defeat geo-blocking it’s not a bad answer… except that the OpenVPN, the software supported by most VPN providers doesn’t have a stellar record for security (due to it’s size, it presents a large act surface), has relatively high-over head, and kills batteries.

Wireguard is a proposed answer to these issues. It’s new code, but is building on modern security libraries freeing it from some of the baggage that OpenVPN has been lugging around since 2001, and is small enough that it can realistically be reviewed / validated. Conceptually it’s a lot simpler than what came before it… i’d emphasise the “conceptually” part – making no claims to have truly understood the implications of the security choices that have been made.

And there are now VPN providers out there that are supporting Wireguard. Having signed up with one of them to experiment, it seems to be a big step forward. For my home connection (100MBit / 50MBit) it’s possible to saturate the downlink when connected to VPN… when using a server exit in Germany. Leaving it connected on my laptop there isn’t any noticeable change in battery life. I’d assume there is a change, but it’s not enough for me to worry about it.

The clients i’m using (macOS / iOS) are from the respective AppStores, and have been straightforward to configure.

All that said, not sure that i’m going to carry on paying for a VPN. The most compelling reason to do so is using it from my phone over sketch “free” WiFi… but if that is the only thing i care about it would be just as easy to install Wireguard at home and route all the traffic via that connection. The only thing stopping me doing that is laziness.

Wireguard on Synology. That’s the thing! 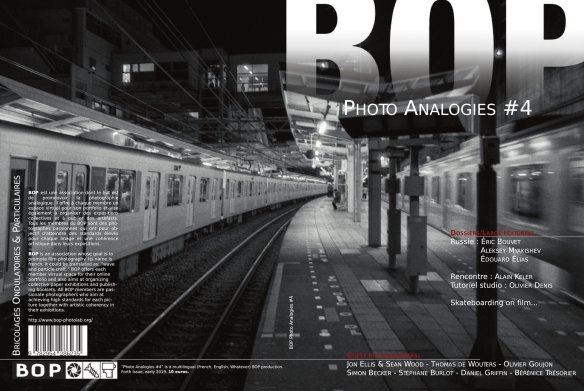