My work has provided me with a 2018 MacBook Pro. This is my reaction to living with it for a couple of days. For perspective, i’ve been using Apple machines, pretty much exclusively, for 20 years. Much of that time they were glorified terminals to solaris or linux systems, but more recently (the last decade..) as my primary development environment.

It seems unlikely that i’ll be using this machine as a true laptop for any extended period of time. In order to use it at all i’m connecting a keyboard (wired, obviously), a trackpad (which has batteries that will fail when it is least convenient), and will probably hook it up to a monitor at some point.

Due to the vagaries of corporate IT and Security weenies it’s hard to say if the proceeding four years have yielded any performance improvement. It certainly doesn’t feel any faster, even if it does now handle builds with spinning up fans. However, that could be the slew corporate spyware installed. Hard to say.

In my opinion it’s a hateful thing. A disaster of form over function. A miscarriage of design to hit the wrong targets. I don’t care if it’s n millimeters thinner, don’t care if it’s a couple of grams lighter – the primary interface (the keyboard) is an abomination. Couldn’t give a fuck about a new physical interface in search of a reason to exist – the Touch Bar is utterly pointless and distracting.

Would not recommend this machine, as a pure laptop, to my worse enemy.

No idea why, but this was playing in my head this morning. When looking at the lyric sites they all seemed wrong. Something wrong on the Internet? Well, we can’t have that!

scenes of pain and cruelty where there to be seen
the arena, the town, the place was set for all to watch and see

if it belonged to youth then how come the children have none?

From my 4AD CAD 404 CD UK 1986 release. Probably purchased later, as i think originally owned this on vinyl.

It’s another one of those ‘Confused Gandalf’ memes that i don’t know how to write:

Spielberg praised the couple for being there for him and wife Kate Capshaw on every step of the Shoah Foundation journey. “When there is need, they are there. Tom and Rita, a dynamic duo that in our world of superheroes, just know this — their superpower is to be human which brings to mind a quote from the poet Iain Thomas.

It’s really quite amazing how “the little blog that could” has grown up to be quoted by the likes of Steven Spielberg.

As usually, mostly i’m terrified of being found out.

These are all over Sternschanze / Feldstrasse right now. They remind me of a Picasso style paste up that that i saw around Rote Flora a couple of summers ago. That was an isolated one off piece – at least i don’t recall seeing others, but it really stuck with me. Along with other examples like the above, there was also the following: 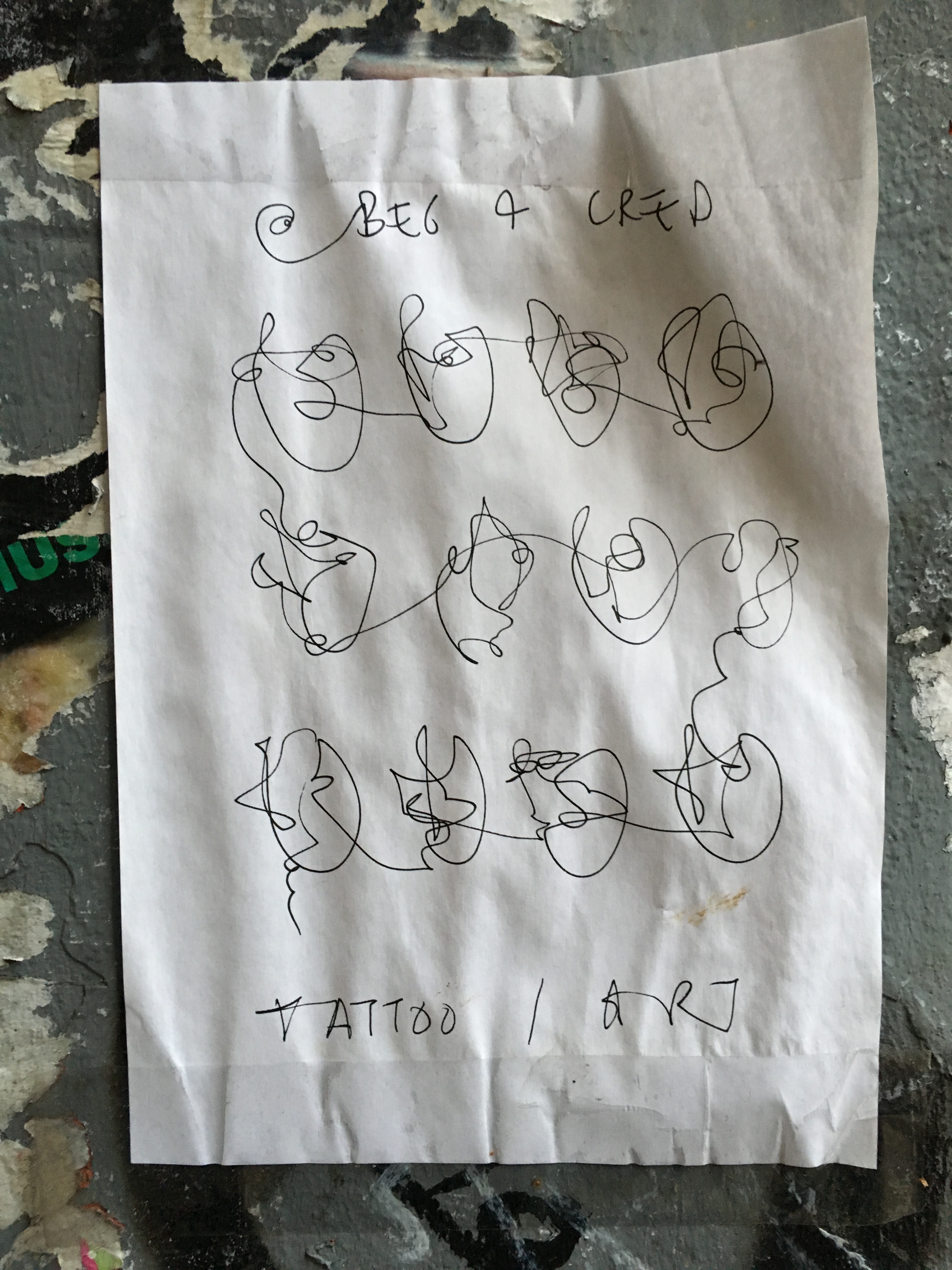 referencing beg4cred, which in turn leads to a South London artist, Samuel Mead (see instagram, bigcartel). My assumption is they are the same hand… maybe i’m wrong?

The style makes me think of the Austin Osman Spare’s automatic drawings, but more minimal. The fine lines in the one above flow perfectly, must be wonderful to feel them come out onto paper!

Little slices of German countryside between Hamburg and Berlin. Taken from the ICE.