The following two graphs drifted across my internet horizons yesterday.

The first show the spot price for electricity in Germany four years ago (2008):

Note the trough over night, matching limited demand, and how things ramp up to 9am, then stay at that level until starting to decline in early evening.

The second graph is the same spot price earlier this month: 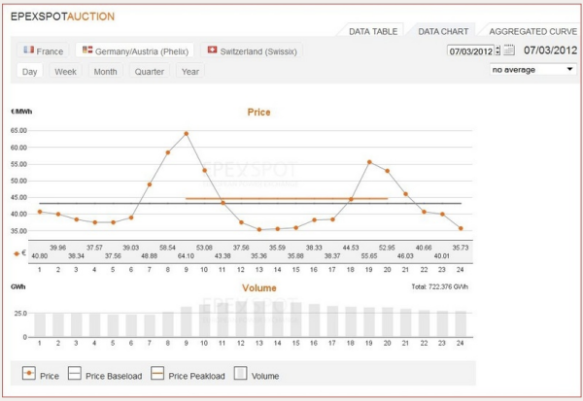 Again the trough over night and the peak up to 9am. However, things then get very different! After 9am the price collapses back to the 4am level, and doesn’t start to rise again until 5pm.

What explains this difference? In the time between these two graphs ~20Gw of solar power have been installed. On a sunny day, or at least a day on which it is sunny where solar is installed, power is generated cheaply enough to make it impossible to charge more.

As noted in the original article:

But there is one further salient feature in the comparison of the chart from 2012 with the one from 2008. Last week, the spot price did not dip below 35 euros per megawatt-hour, whereas prices started at 20 euros – nearly half as expensive – four years ago. Over a 24-hour period, the price of power on the spot market is indeed lower today than it was back then, but how do we explain the nearly doubling of power in the middle of the night? Given that baseload demand has hardly changed, it must be assumed that power companies are charging more in times of lower demand now that they cannot make their old profits during daylight hours.

Which makes it pretty clear that the market still isn’t really working. My question would be: how long until renewables (and presumably storage) make uneconomic to continue to burn things to generate power? If i was running a conventional power company, with a large investment in machinery required to put geology into the air, i’d be nervous…

[Most of the obvious rebuttals to statements about this not being feasible are answered here. Spot prices (current and historical for europe are available here.]

The big question is why this isn’t happening in other markets? All the talk of Japan suffering power shortage during the hot summer days seems to be babble that could be addressed, at least in part, by installing gigawatts of solar / wind. The sooner they get started the sooner they be shot of Tepco! 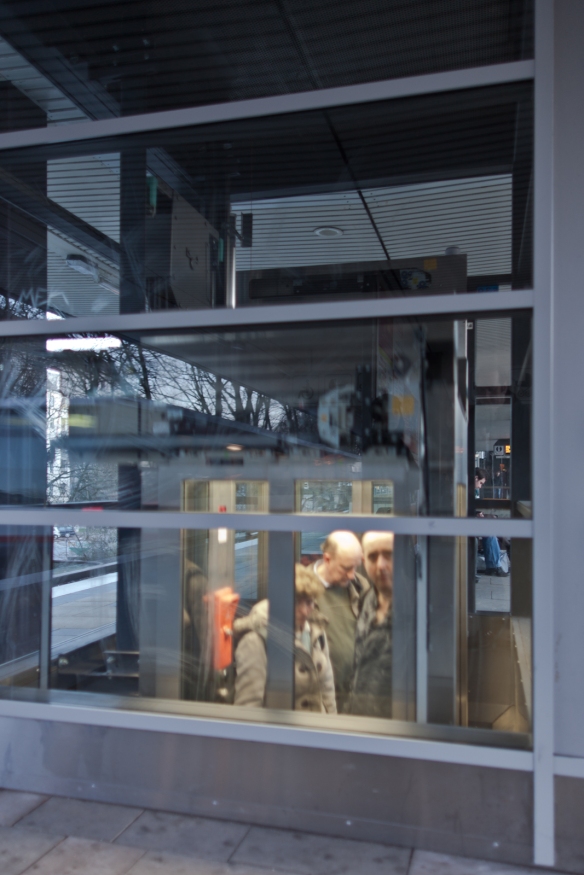 Have grown to dislike portrait shots on flickr… so this is here. Sort of a nothing shot, but i like how ‘glary’ that man looks with his glaring eyes and his glaring pate.

The Saul Leiter show at Deichtorhalle has somewhat renewed my interest in this less formal style of photography. I’m still not very good at it, and dislike the aspect of luck, or at best the aspect of getting skilled at being lucky (aka spending a huge amount of time wandering around randomly hoping to see stuff), but it’s a nice change of pace.

When i first saw this chart (late last year) it made me blink. Then i forgot about it. 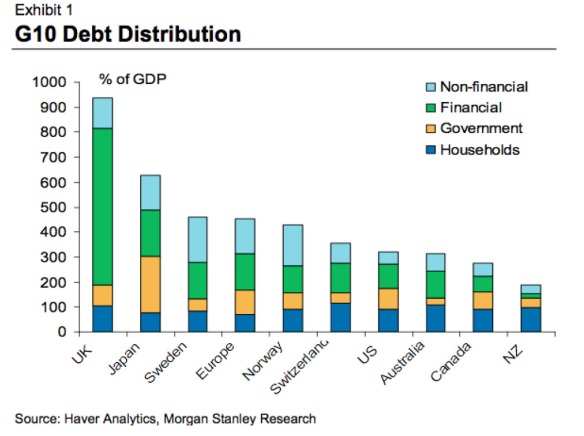 Fitch’s recent revision of it’s UK outlook (zerohedge) put it front of me again. Despite the obvious madness of basing anything on the fiction that is GDP, taken at face value, this chart says some interesting, if not shocking, things:

However, the obvious ‘elephant in the room’ is the debt of the UK financial sector. If it was still possible to imagine a rational financial sector in the UK, one might hope that the debt was money being put to use for productive activities. Of course such musings are now impossible, and we know that it’s propping up a mountain of badly made wagers, using strategies that really only insured that bonus criteria were met, regardless of the long term consequences.

Yes, it’s possible to argue that this wasn’t (isn’t?) universally true, but the aggregate result pretty much negates the need to further debate. They gambled, and lost. Given the propensity of successive UK governments to socialise these losses, the distinction between Government and Financial debt is increasingly blurred.

The continuing failure to regulate, or even attempt to moderate, the sectors excesses means that this debt will hang like a slow burning tire around the neck of the UK for decades…

The Heritage hit-piece on its nemesis (Keynesism) doesn’t have much, but I did see the writer not really understanding the true import of the fact that 95% of the colossal Japanese debt is internal.

What this really means is that both the debt and the vaunted Japanese “saving” has been equally fictional — the Japanese haven’t been saving, they’ve just been dodging paying taxes and calling it savings.

Clear as a bell!

If we don’t see Japan see to positive trade balance over the next couple of quarters things really start to unravel. And that wouldn’t be pretty. That said, my intuition is that the trade balance will, once again, recover, postponing the denouement for another few years.

The big question then becomes will it be possible to raise tax enough to start to offset the last couple of decades of living in denial? This whole ‘transition to low growth economics’ thing is certainly tricky…

Time, it seems, is always running out for Japan. Has been for the last decade, and looks to continue to do so for some time yet.

Well, that was good. Birthday on a Tuesday leads to four day weekend. Work has been some what ‘full-on’ since the start of the year so it was a good time. Spent a great deal of the time in wardrobe construction mode over the weekend, but the last two days have been more laid back.

Went to the Deichtorhallen this afternoon to see a Saul Leiter retrospective. Really good. Lots of messing around with layers and reflections, putting complexity into the images beyond the mundane human aspect / storytelling shot. Odd that i’d never heard of his work as i’ve been aping him for years now. Took this on the way to the gallery: 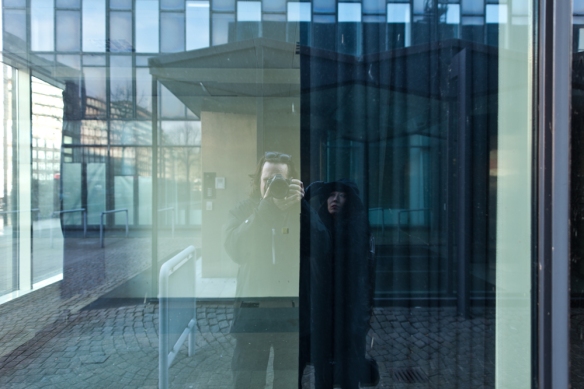 Ridiculous really… go take a look at his work. Recommended.

Have just finished off the day with a meal of daal and chapati, with a “splash” of wine. Back to it tomorrow, feeling somewhat better about it all.

Not really, but this has been an *epic* thing to build. Two meters wide, over two meters tall, and more screws than i dare to count. And, still three doors to go…

Still, after almost a year of living my clothes in a heap on the floor, i can now pick one of the highly similar black shirts up out of a draw. Progress. Guess we’re staying!

If you’re around in Tokyo at the start of this month please go visit Watanabe-san’s ‘3 months later‘ exhibition in Harajuku.

As i’m sure most of you  know, Watanabe-san is a good friend, and member of our little ‘Fragments of Tokyo’ exhibition team.

These photographs (or at least those that i’ve seen) are incredibly haunting, and well worth seeing. My initial reaction to them was to attempt to get them seen by a much wider audience. For various reasons (conflicting priorities on my side) that never happened, and i’m therefore especially happy that he’s putting on this show.